Start a Wiki
Church of the Helix Choir makes songs about the events of Twitch Plays Pokémon in various styles. Their music incorporates choral vocal arrangements, orchestra, comedy, electronic music, and lyrics based on the TPP lore. Their songs could be described as both "epic" and parodical in nature.

Church Of The Helix Choir has released 34 songs to date covering the entire lore of Twitch Plays Pokémon.

Praise The Helix was number one song on Bandcamp in Canada for a period of time following its release.[1]

It was later revealed that Church Of The Helix Choir was actually a single individual, known as Mark Roebbelen, the entire time [1], though he has collaborated with others for certain songs. Super Saiyamon, for example, was cowritten by John Dowdles.

The name of the artist sometimes changes, such as being listed as Disciples of Dome for the song Dome's Awakening

Church Of The Helix Choir's music is available at: https://markroebbelen.bandcamp.com/

To date, Church of the Helix Choir has released 34 songs covering the lore of every generation of TPP with the exception of Generation 2 of Season 2.

This is a list of songs in their chronological order corresponding to TPP lore:

Song Descriptions: (All song descriptions in italics taken from The Church of Helix Choir bandcamp page)

Praise the Helix! Let the awe and wonder of our Lord surround you as you listen to this heart-stirring choral anthem while watching the TPP stream!
May the believers of the Helix be inspired and blessed! Amen!

Never forget that fateful eleventh day where we lost our friends in the PC! May this song inspire you while watching the TPP stream!

A final send-off and celebration of the heroes of Twitch Plays Pokemon Gen 1. Hear of the great victory of a level 36 Venomoth against a level 62 Dragonite. Sing of the Helix's "Chosen Six", as we say goodbye to that glorious team and remember our unforgettable journey together.

With hints of Pokémon's "Azalea Town", this 80s-inspired tune is the tale of Lazor Gator, a Totodile who lost his innocence and picked up the sword of his beloved mentor, a Sentret named the "Admiral", and began a quest to defeat the Helix and the Chosen Six upon Mt. Silver. Based on the events of the collaboratively controlled game "Twitch Plays Pokemon".

Godslayers is a pulse-pounding electronic and orchestral crossover song of battle, with lyrics inspired from Twitch Plays Pokémon.
Lazor Gator has made it to Mt. Silver and the final battle against the Gods begins! With a team led by AJ, consisting of Lazor Gator, Burrito, Solid Snake, Brian, Katie, and a Raticate, the Godslayers will prove to the Chosen Six that there are no gods, no kings, ONLY MON!!

We're bringing Zexy back! The courageous and free-spirited, but lonely starter Pokemon from TPP Emerald gets the tune he deserves! Follow the story from the highs and lows of his relationship with Camila A. Slash, to his meeting and growth with those released in the PC, and to his eventual return as Zexinja! Oh, and there's trumpets!

Church of the Helix Choir's logo. 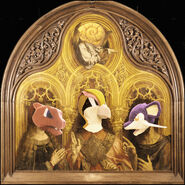 The Official Artwork for Praise the Helix 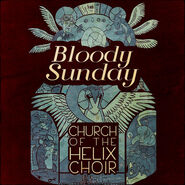 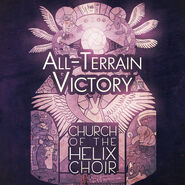 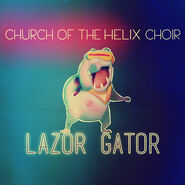 The Official Artwork for Lazor Gator. 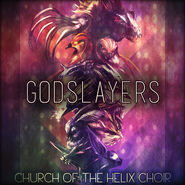 The Official Artwork for Godslayers.
Add a photo to this gallery
Sources

Retrieved from "https://helixpedia.fandom.com/wiki/Church_of_the_Helix_Choir?oldid=14168"
Community content is available under CC-BY-SA unless otherwise noted.